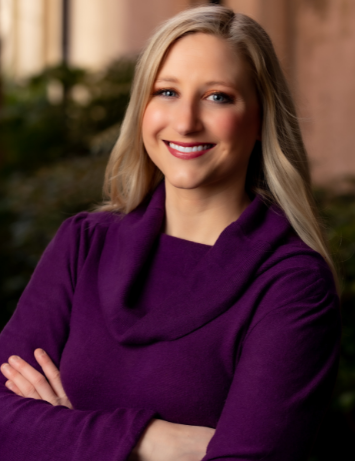 Caroline Balchunas is an award-winning journalist and storyteller to the core. Caroline was telling stories long before she could read or write, a passion that turned into a decade-long career in broadcast journalism.

Born and raised in Pensacola, Florida, Caroline moved to Louisiana shortly after Hurricane Katrina to study journalism at Loyola University New Orleans. After graduation, she began her career as a desk assistant at WWL-TV before landing her first on-air gig at KLFY in Lafayette, La., where she lived for three years before South Carolina came calling.

Prior to joining NP Strategy, Caroline was a news reporter/fill-in anchor at WCIV in Charleston. During her six-year tenure there, she covered thousands of stories. She reported on hurricanes and floods, followed local and state politics and covered the 2016 Presidential primaries. She sat in on many high-profile court cases including the murder trials of Dylann Roof and Michael Slager.

Curious by nature, Caroline is an avid reader prone to fall down the rabbit hole on nearly any subject. She loves meeting new people, building relationships and never fails to find humor in any situation. Her personal motto is “Be kind, be patient.”