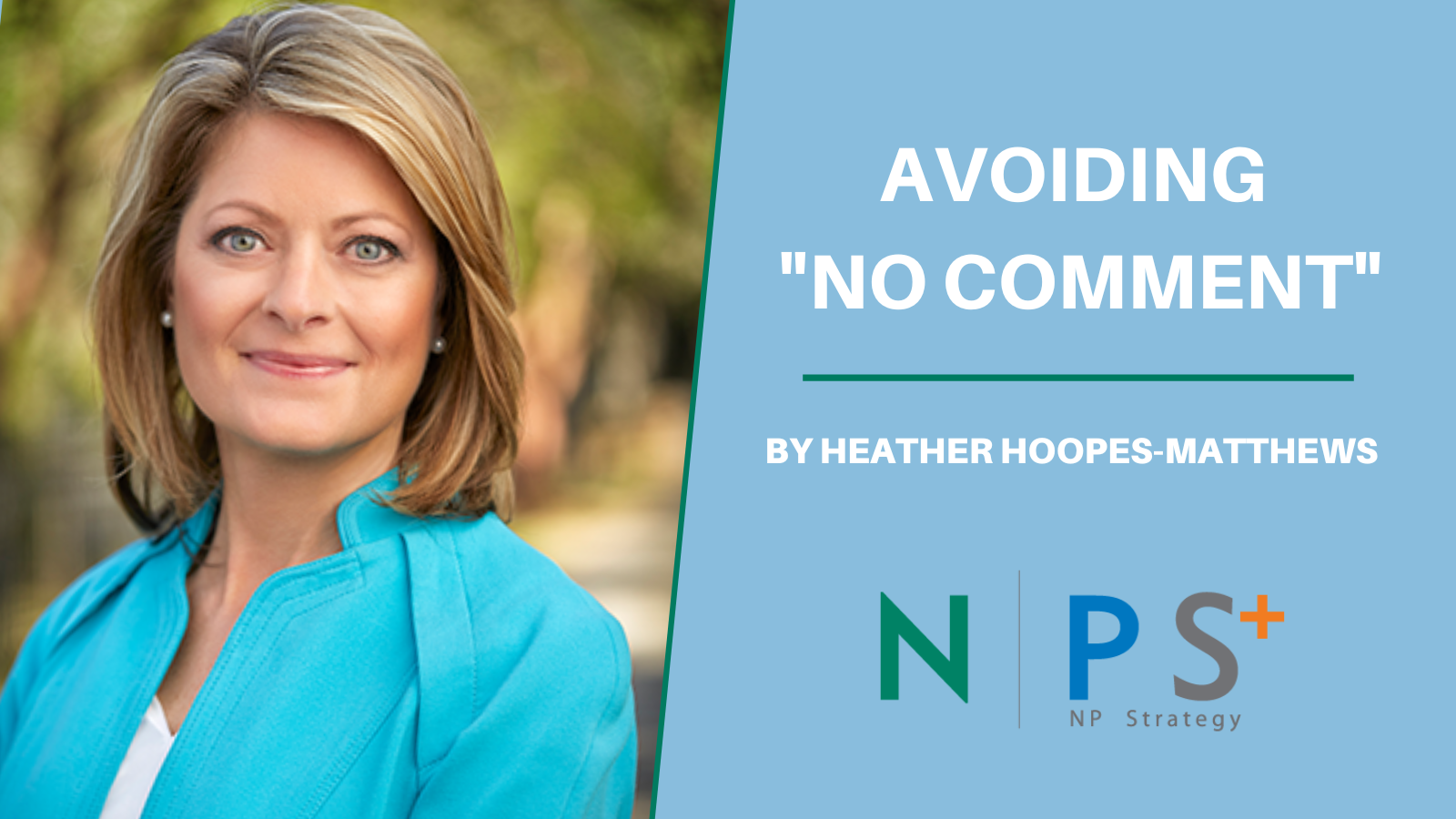 Have you ever wanted to say, “no comment”? It’s an easy answer to an unwanted media inquiry, but “no comment” is not very effective — and in today’s digital world, can actually be viewed as an admission of guilt.

Instead of saying “no comment,” you could say something that doesn’t give much away. Though that approach is not ideal at conveying your side of the story, it can avoid the risk of looking like you’re saying, “I’m guilty.”

For example, let’s say a former employee sues your company and then calls the media. A responsible journalist is going to want to try and get both sides to any story, so the reporter calls the main company phone line and asks for someone to comment. At NP Strategy, we work with a lot of lawyers handling all kinds of litigation.  Our first step is to always contact the lawyer or lead executive, get the facts, and then swiftly write a short general statement. In this example, one answer could be, “We just received the lawsuit in question and our legal team is currently reviewing the allegations.  We won’t be able to answer any questions until at least this review is complete.” In this scenario, you haven’t promised to eventually respond, refuted the employee allegations or divulged legal strategic tactics, and you avoided saying “no comment.” This is important because the court of public opinion can convict you a lot quicker than the actual legal court.

Another down side to responding “no comment” is that you are allowing someone else to tell your story. It is better for you to respond in a different manner than opening up the floor for someone else to write the narrative. You are giving up control of the story because the media will undoubtedly publish interviews with people who do have something to say, potentially even your competitors, along with your no comment response.

So the next time the media rings regarding litigation or some unwanted situation consider sending a short emailed response that says something, while giving nothing away.